Well you picked a bad time to potentially produce a coastal storm Mother Nature. A day where a lot of folks travel is the day where there could be a potential storm that could bring quite a bit of wintry weather to the East Coast. My goal is to keep you safe on your travels, not to get ratings by hyping a storm. A lot can still happen in 3 days, but here are some notes and suggestions: 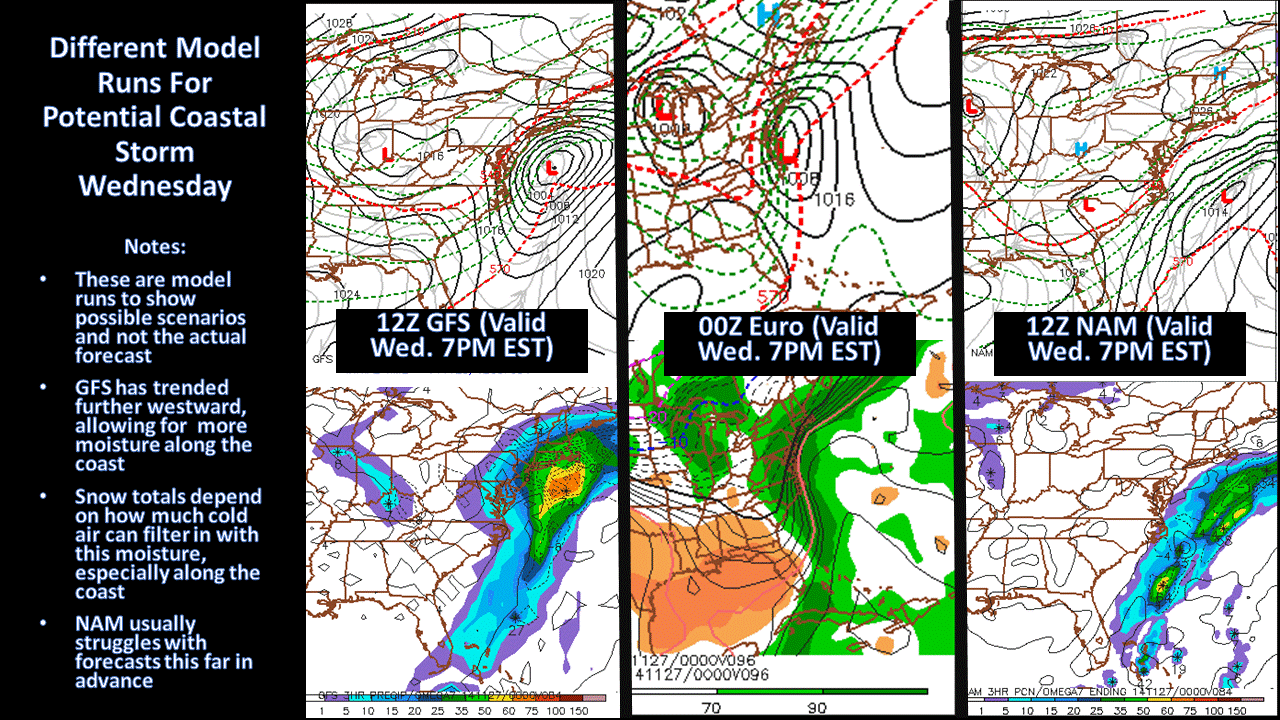 What Would Happen If Storm Tracks Stay the Same: